A description of my husband, Jan Henn, written by me, Veronika Bühn:

So I shall try to describe Jan and I think that I speak in the name of all people who have entrusted him with their horses.

Jan always and without exception places the wellbeing of horses above his own. He is never too tired to check one last time at 11pm that everything is fine with the horses. He has very high expectations of himself as well as of those that he teaches or with whom he is working.

In doing so, he never acts without first thinking his actions through carefully. Every movement is mindful and concentrated. His timing and his ability to put himself into the position of animals is second to none.

After the more than 15 years during which I have accompanied him and his work with animals, I now know that this is a gifted talent which only a few people have and which can seldom be reached to this extent by simply working at it.

Highly sensitive and refined, he is always mindful of proceeding in tiny steps in a didactic manner, which results in animals giving him their full attention within a very short space of time.

However, clarity and strictness are also part of his personality. This often causes confusion and uncertainty amongst people watching him.  He is never unfair in his work but his timing in rewarding the horse for making a step in the right direction is only visible to a few people.

Only the quick results and the content horse provide an indication that apparently there is something which we cannot see but to which he pays attention.

Especially with so-called “problem horses” which have often learnt to endure permanent pressure, old patterns need to be broken. This can often only be achieved by “waking them up”, by provoking reactions which quite understandably many people would not be brave enough to elicit.  This “life” in the horse can in turn be directed towards curiosity, a willingness to learn and respect for the space of the person whom the horse is engaging with.

This gift has not been given to many and it requires a certain physical and mental strength to be so clear without becoming emotional or unfair.

His style of riding can not be categorised.  His seat and appearance are certainly influenced by his great role models like, for example, the Dorrance brothers, Ray Hunt, Martin Black and other US horsemen.

What is unique is that he combines his knowledge and ability with over 10 years of participating in clinics held by Philippe Karl. He has taken part as a spectator in clinics all over Germany and has accompanied and supported me as a passive participant during my three year long training with Philippe Karl.  During this time, he rode as a replacement rider in five clinics.

The thus obtained knowledge regarding the wise use of the hand and the natural balance of the horse is something he applies in his work on a daily basis.

For me there is nothing nicer than schooling horses in dressage after they have been prepared by my husband.

Horses which have been ridden and schooled by him are:

- safe on outrides as well as in the riding arena;

- light to the aids;

- in a natural balance; and

- straight in relation to their level of training.

What more could you wish for in a riding horse? 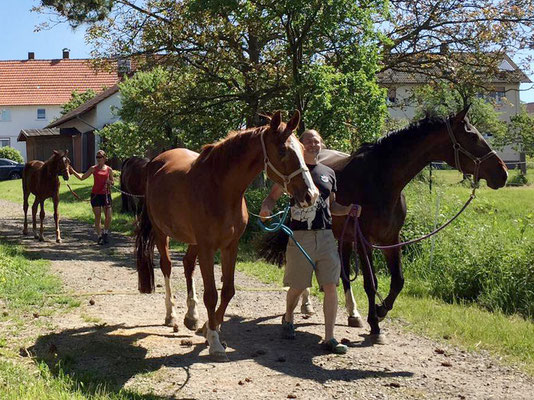 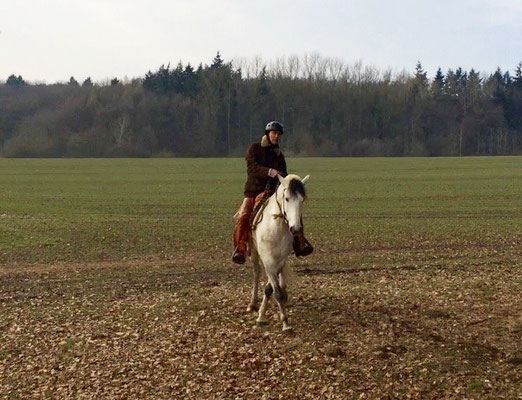 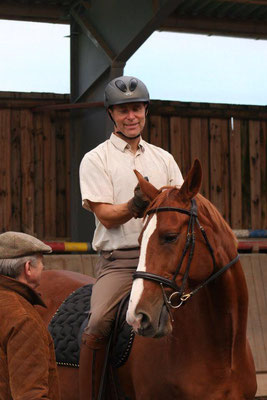 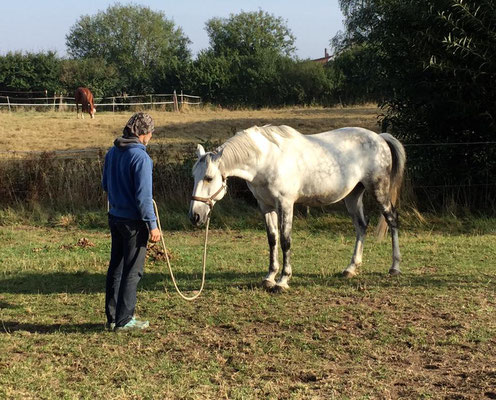 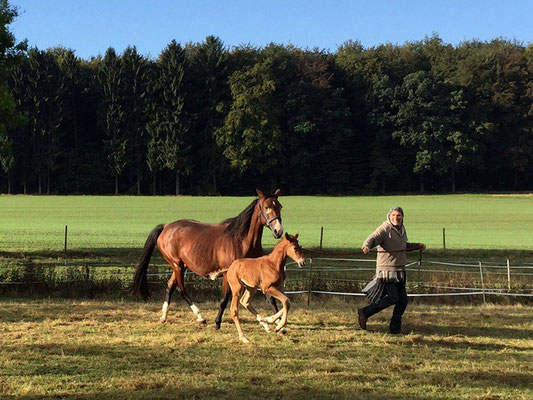 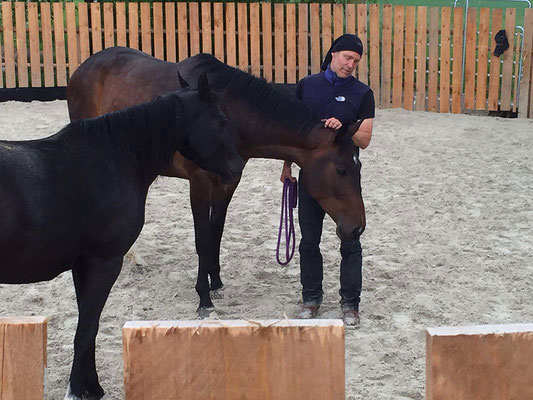 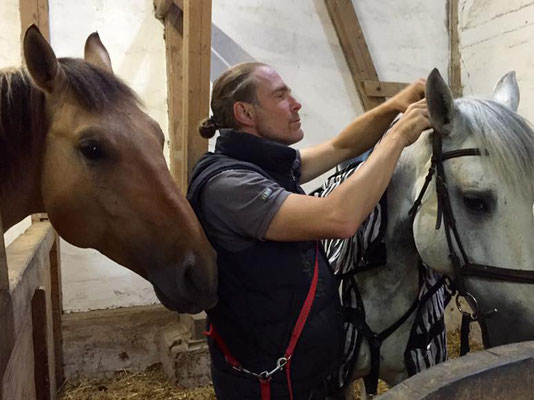 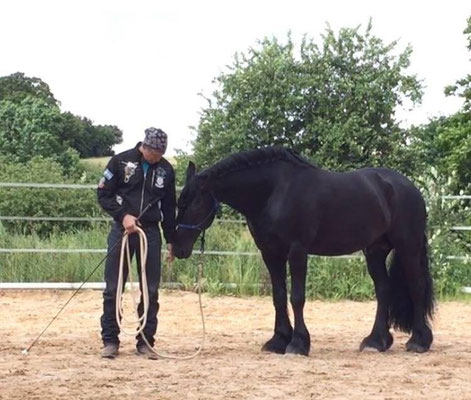 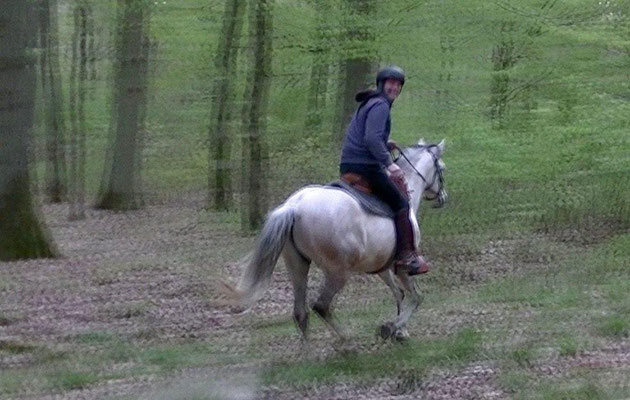 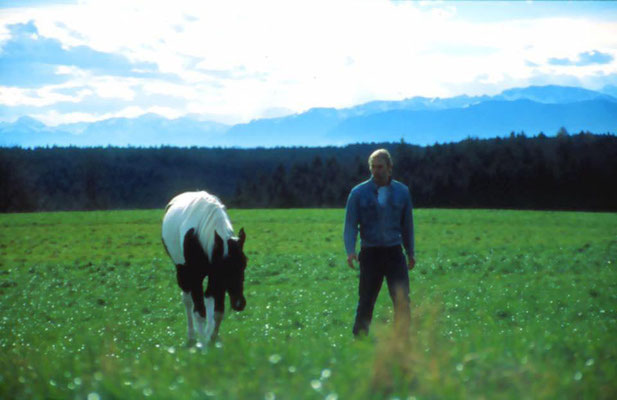 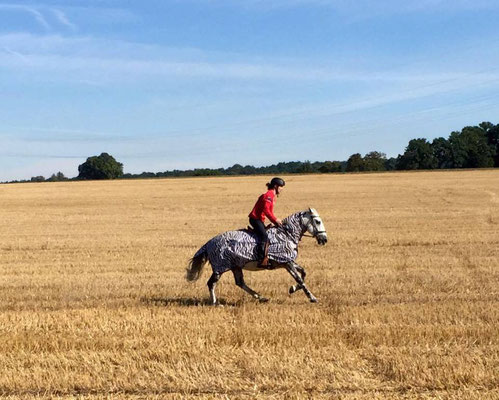 My first experiences in the saddle where as a kid on ponies.  At the age of eleven I finally got the proper riding lessons which I had longed for on warmbloods at the local riding club. Even back then, what I enjoyed most was simply spending time with horses.  The sound of horses chewing hay and their scent was imprinted in my memory and will forever remain my love.

Due to my success as a handball player and my career development after finishing high school, I had a long break from riding during which I only had occasional contact with horses.

Only when I started working at a veterinary practice for behavioural therapy in Munich in 1998, did the horse virus again completely infect me. This was followed by participating in countless horse seminars and stays in the USA, Canada and Spain.  I was always thirsting for a better feeling for my horses. Out of all of the well-known and famous characters of this scene which I have experienced and met in person, Ray Hunt has left a life-long impression on me.

My dressage training, especially in hand, has since 2005 largely been influenced by Philippe Karl. 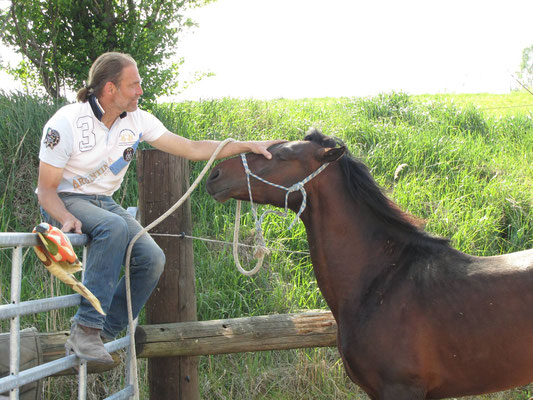 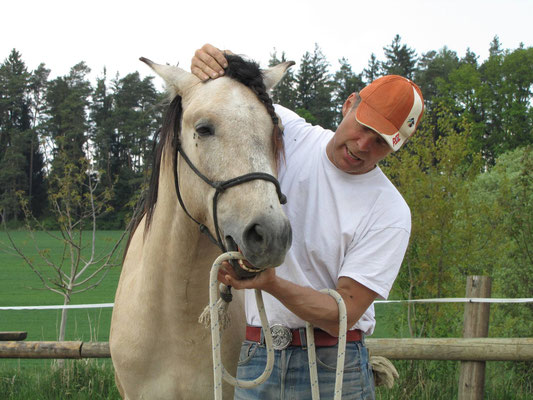 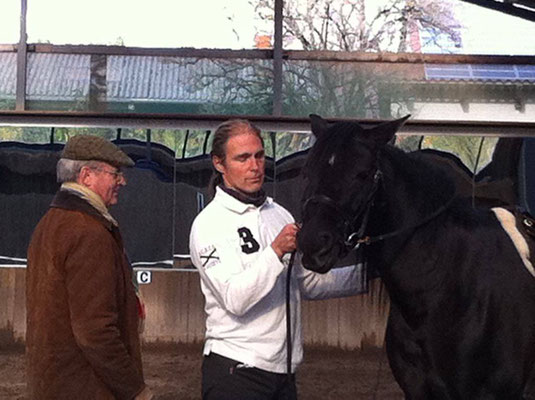 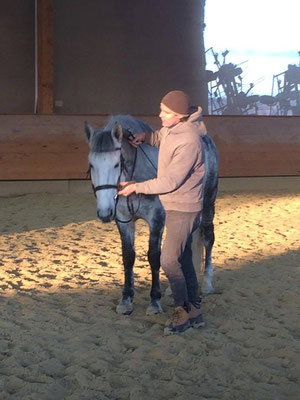 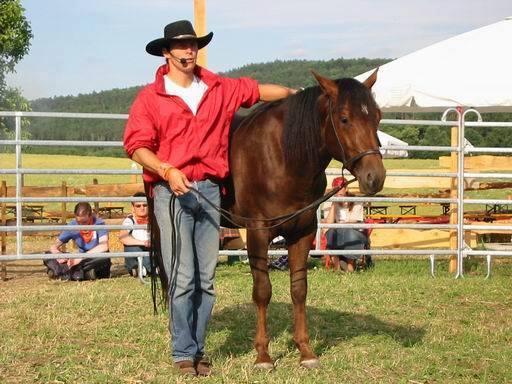 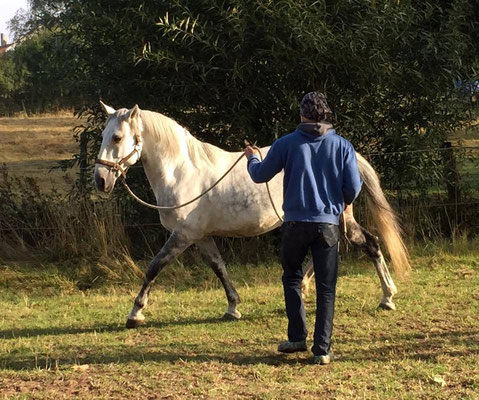 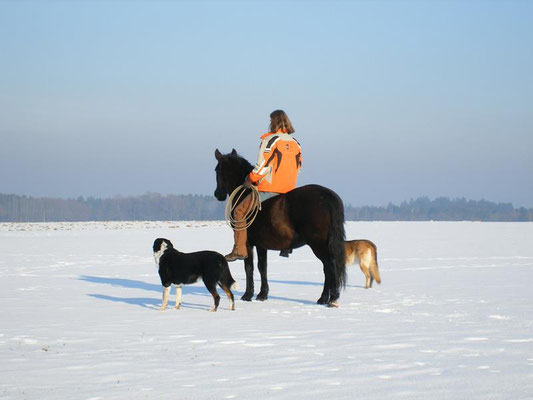 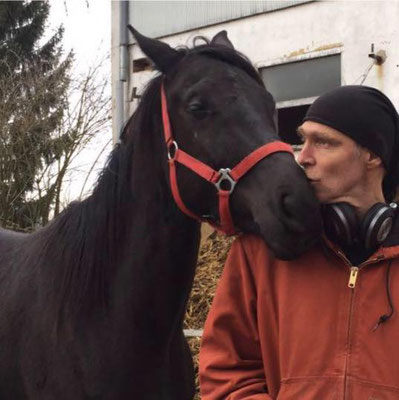 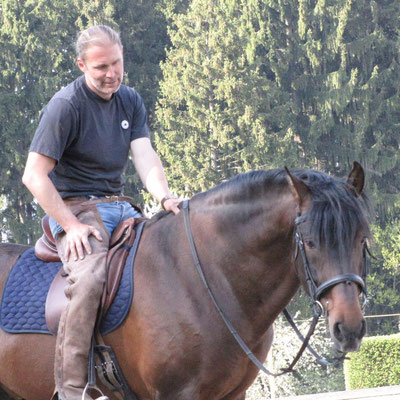 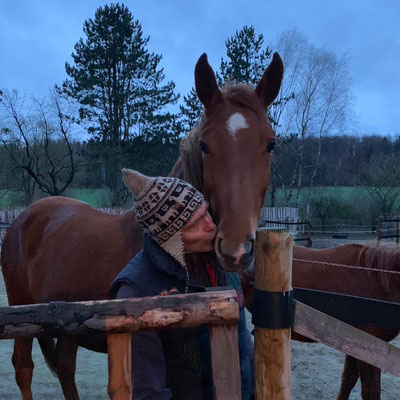 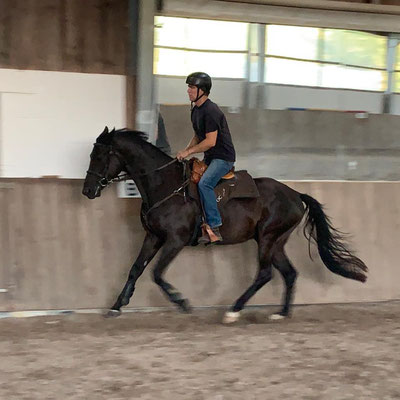 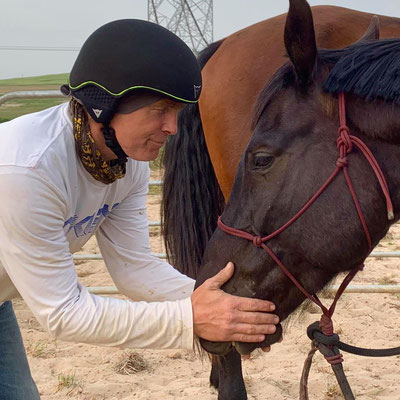 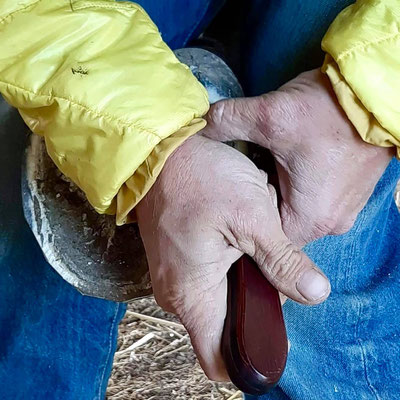 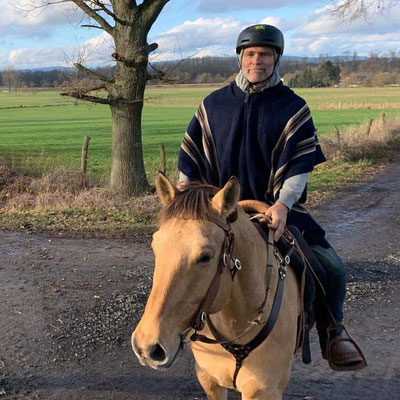 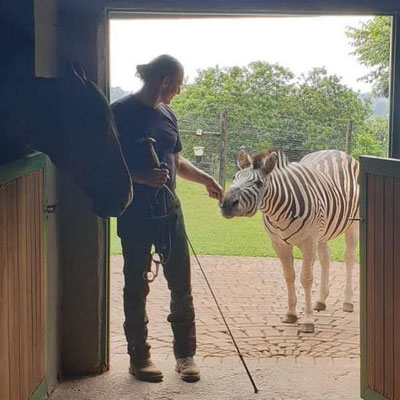 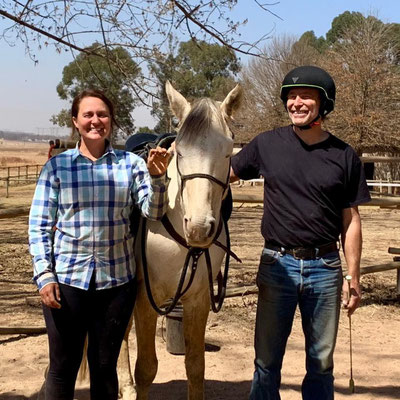